The Netherlands Bar (Nederlandse orde van advocaten, NOvA) is the professional organisation of the legal profession. 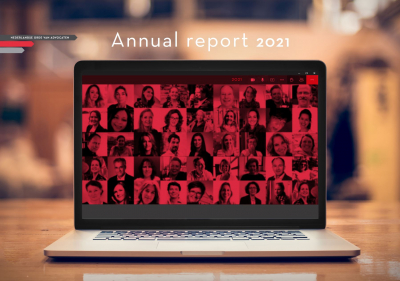 The NOvA was established by the Act on Advocates (Advocatenwet) with effect from 1 October 1952. All advocates in the Netherlands jointly form the NOvA. The NOvA is established by law, but does not receive any government funding. All costs incurred by the NOvA are being paid for by the advocates through an annual financial contribution to the Netherlands Bar. As a result, the NOVA is completely independent of the government. In the annual report 2021 explains the NOvA how it has carried out its (statutory) duties as a public-law professional organisation.

The general council is supported by the office of the NOvA. The office carries out policies and prepares proposals which are of importance to the legal profession. The office consists of four departments: Communications, Finance and Organization, Policy and Regulations and Supervision. The office employs approximately 60 employees.

International memberships
The NOvA is a member of the International Bar Association (IBA) and the Council of Bars and Law Societies of Europe (CCBE).

Act on Advocates
The Act on Advocates governs the profession of advocates. Under this law, the advocate is compulsory part of the NOvA. On the basis of this Act, the NOvA may lay down rules for the professional practice, such as the financial administration and compulsory professional insurance. The advocate is required to undergo continuous training on a yearly basis and is monitored thereon by the central monitoring of the regulations for continuous training.

Bar registration
The bar registration (tableau) contains all advocates who may exercise their profession within the eleven judicial districts (regions) in the Netherlands. This national list is being maintained by the bar registration. The list includes the office name, business address, phone numbers, data of the advocate such as name, date of birth and e-mail address, and other practical information. Advocates are registered after having been sworn in or after admission if they meet all requirements. Disbarment can take place at own request, by a decision of the disciplinary board or after the expiration of a conditional registration.

Find an advocate
This functionality of the European e-Justice Portal allows you to easily find an advocate throughout the EU. This service is provided by the European Commission in collaboration with the currently participating national bar registers.

Report of the Committee on the Rule of Law in Election Programmes 2021, established by the Netherlands Bar (2021)